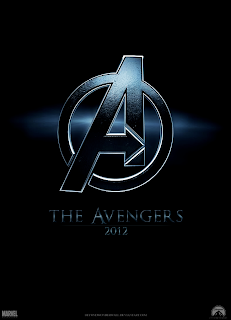 Trailers are parked and the sets are built. It's time for The Avengers to start shooting in downtown Cleveland. Officially, Monday, August 8, is the start date, but rehearsals began as early as Saturday on East 9th Street near the mysterious Stark Tower (or not so mysterious, if it turns out not to be Stark Tower and just some facade of any old building in New York City).

A friend is excited to be an extra on the shoot, but he's sworn to secrecy, so we want to respect that. What we can tell you is a lot you probably already anticipated: there will be explosions downtown, there will be a big battle downtown, and that battle will turn up on film somewhere near the end of the movie.

We also know that Joss Whedon's already working. The writer/producer/director was on hand for rehearsals and, my friend says, was cheery and friendly to cast and crew. He also said he learned the cast (including Robert (Iron Man) Downey, Jr., Chris (Captain America) Evans, Samuel L. (Nick Fury) Jackson, Chris (Thor) Hemsworth, Scarlett (Black Widow) Johansson, Mark (The Hulk) Ruffalo and Jeremy (Hawkeye) Renner) were already in town. Though I have to admit he didn't know if they were all already in town.

The next month promises to be a fun one for film fans (double if you're a comic book fan, as well). Where will some of the actors turn up on their off days? The Rock Hall? Progressive Field? I wouldn't be surprised to see an actor or two strolling about Crocker Park and checking out Iron Chef Michael Symon's B-Spot.

Hopefully we'll get a chance to visit the set and talk to some of the actors and filmmakers to see how they like filming in Cleveland and the Midwest. Until then, Make Mine Marvel.