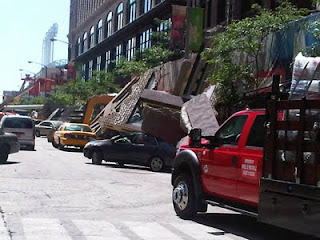 Here are a few simple Avengers tidbits we've discovered in the last few days, just by reading the local papers and by doing a little searching online.

First, Samuel (Nick Fury) Jackson was not the only actor to film in Sandusky at NASA's Plum Brook Facility. Jeremy (Hawkeye) Renner was the there as well, according to The Morning Journal, Lorain County's daily paper, along with Tom (Loki) Hiddleston and Clark (Agent Phil Coulson) Gregg. Speculation? Holding cell for Loki? In the preview at the end of Captain America, we see Loki marched in under guard. With these three in the scene, alongside the king of all liars, it would seem that way to me. Total guess, though. 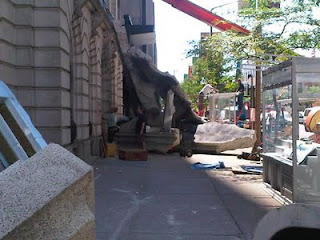 Another total guess that seems way off now? Our guess that the structure built early on for the E. 9th set in downtown Cleveland might be Stark Tower? Seems a bit unlikely now.
Unlikely because the set, doubling for 42nd Street, is looking a lot like 87 E. 42nd Street - Grand Central Terminal. If you MapQuest the address and do a 360 view of the street and the terminal, you'll start to see some recognizable sites - the red awning that might be Grand Central Bistro, the black overhang that could be an entrance way to the terminal - even a Capital One bank branch (which is doubled by the former Ameritrust Bank branch on the corner of E. 9th and Euclid). 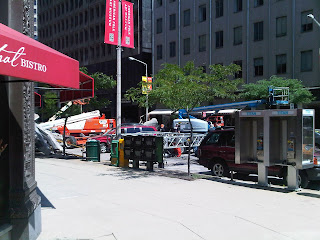 Work on the set continued Friday, possibly for a Monday (or Sunday?) start. Our photog, KD, reported detail work, including spraying dust and dirt on overhangs and other props. Cars were moved in Thursday and styrofoam and particle board cement building chunks were applied to make them look crushed by falling debris.

KD also took a shot of a cavalcade of trailers parked in a lot near Cleveland's Ritz-Carlton hotel. It's likely this is the staging area for the actors. 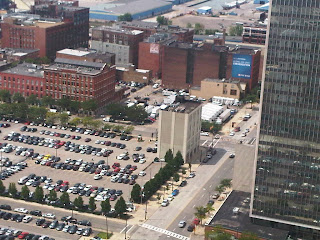 Oh, and we hear that Robert Downey, Jr., will not be in Cleveland, which seems a bit of a surprise. Unless much of the work downtown is battle scenes that require a stunt double in body armor. After all, Tobey Maguire was never in town when Spider-Man 3 shot along Euclid. 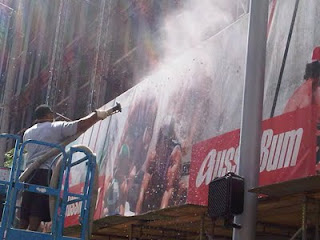 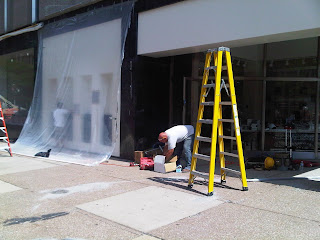 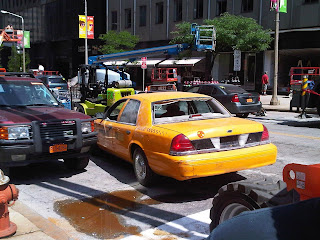 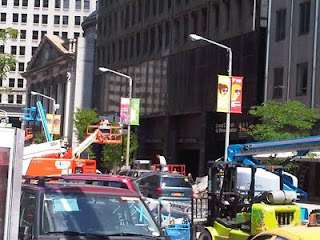 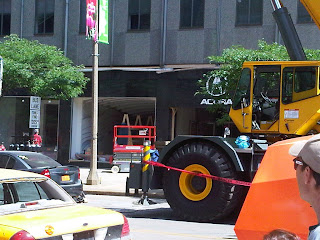 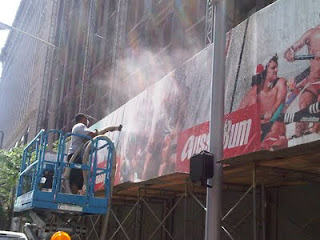 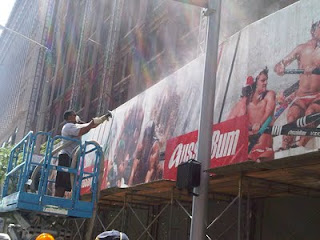 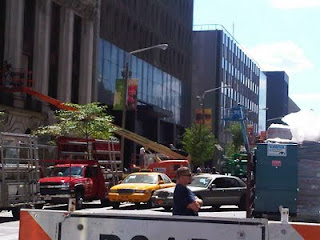 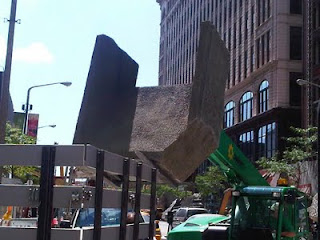 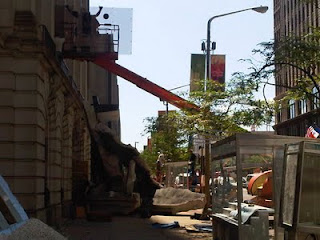