Channel 19 Anchorman Gets a Role in 'The Avengers'; Explosions Rock the Rock 'n' Roll City 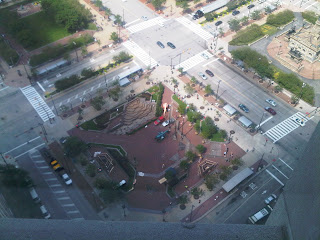 Some news we haven't read yet, but just floated into our mailbox from a female friend in the news biz: local Channel 19 Action News anchor David Wittman will get a shot at making the big screen in The Avengers. The production is expected to shoot at or near the station in the coming days.

What will he report on? Probably the massive explosions on 42nd Street. Those took place on the E. 9th New York City set today, much to the delight of spectators.  Cleveland.com has great video of the explosion, but we like this cell phone video from inside an office overlooking the set, from @kuriousrangiku. 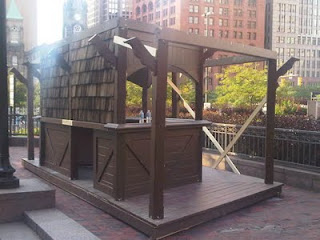 Finally, a few shots from the smaller set the Avengers crew is building on Public Square. I can't quite figure out what this is supposed to be. Any ideas?

Oh, and apologies to the prop department. I took my seven- and three-year-old to see the set this weekend, and my daughter did what three-year-olds will do: start taking the thing apart. Part of me loves the thought of a little girl digging her finger into the set of a multi-million dollar movie. 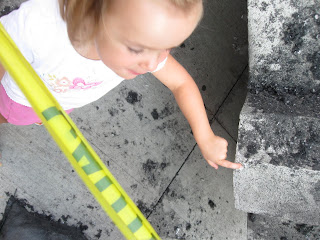 Got some Avengers news you'd like to share? Shoot me a note at thomas.o.tennant@gmail.com. We'll take spoilers, but we're not so interested in the plot (we liked to be surprised by the story).