Heath in Akron:
A Chat with Hot in Cleveland Producer Bob Heath 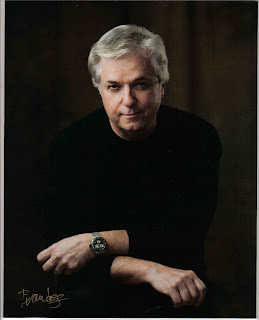 
He remembers the swim club, the Freez and the horse farm on the hill. All of those places are gone, replaced by outlet stores, chain restaurants, movie theaters and more.


“Nothing was there,” says Heath, who grew up in West Akron. “It’s amazing how it’s changed.”


Change is amazing. And it’s the driving force behind the four main characters on Hot in Cleveland, TV Land’s first original sit-com. Heath serves as the show’s producer.


Hot in Cleveland follows the misadventures of three L.A. women in their 50s: hopeless romantic Melanie (Valerie Bertinelli), cynical businesswoman Joy (Jane Leeves), aging actress Victoria (Wendi Malick). The women wind up in Cleveland when their plane makes an emergency landing at Hopkins. When they discover the men in Cleveland think they’re hot, they decide to forgo the West Coast for the Northcoast. The trio are joined by housekeeper Elka, played with great verve by the legendary Betty White.


“We’re so lucky to have these three actresses,” Heath says. “Casting was a stroke of genius. And what can you say about Betty White? We knew we wanted her and hired her before her popularity exploded – again.”

Heath was hired as producer on Hot in Cleveland during the show’s development in November 2009. Heath works directly with executive producer and show creator Suzanne Martin and executive producers Sean Hayes and Todd Milner of Hazy Mills Productions.


You’ll catch Heath’s “produced by” credit near the end of the roll. Keep your eye on the “by” – it tells the whole story of Heath’s day-to-day work.


“I’m in charge of all the physical production of the show,” Heath says. “The writers finalize a script and then it’s my job to make that script stick to video. I take it from the printed word to the set to post-production, managing the entire process along the way.”


It’s an enormous role. Sit-coms shoot on a weekly schedule, and Heath oversees each week’s events. He manages the week’s many read throughs, during which actors and writers sit around a table and read through the script to see what works and what doesn’t so it can be tweaked and rewritten before production. He works with cast and crew through Thursday’s pre-shoot, where scenes are blocked for the cameras and the show is rehearsed before Friday’s live event.


“Then on Friday, we bring in a live audience and shoot the show,” he says. “It’s wonderful; kind of like photographing a play. Then we put a period on the show and start all over again on Monday.”


Heath also serves as the resident expert on all things Cleveland. An easy task, since the Hollywood producer started his film career at age 12 in Akron.


“I wrote and published a neighborhood newspaper,” Heath says, “and I was looking for something interesting to write about. So I thought, I’ll walk up the road to the local television station and interview the news anchors and sports guys. They were local celebrities, you know.”


“When I got in there and saw what these men and women were doing, I said, ‘I want to do this,’” Heath recalls. “Since that moment, I never had another thought about what I wanted to do with my career.”


Heath graduated and attended Miami University in Oxford, Ohio. He worked for a time in Columbus at WLWC and then went to Cincinnati. And then, one day in 1975, he packed his car and drove west.


“I thought if I wanted to make it big, I’d have to go to L.A. And if I didn’t, no big deal, I’ll just go back to Ohio,” Heath says. “Truthfully, I reached a point were I thought, I don’t want to be sitting on a porch in my 80s thinking, ‘I should have done this or I should have done that.’”


Today his career has spanned a number of successful sit-coms, including Mad About You, Less Than Perfect and According to Jim. Now, with Hot in Cleveland awarded a second season on TVLand, it looks like the hits will keep on rolling.