Why Wait for Blu-Ray? Avengers Behind the Scenes Footage 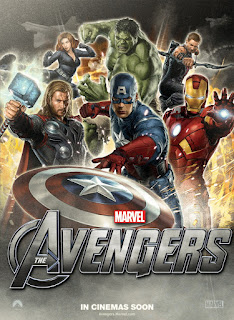 Why wait for Sept. 25 to see all the behind-the-scenes extras from this summer’s mega-blockbuster on The Avengers blu-ray when so much is already available on YouTube?

Okay, true, the blu-ray and DVD extras will be more extensive and likely super-cool. But with all the great clips available via social media, it’s easy to get your fix early. And it makes us wonder if the blu-ray should include a special section specifically for some of the best “caught on smartphone” videos.

Most of those that we’ve found – and are most interested in – take place during last year’s on location work in downtown Cleveland. A big deal, since the scenes are from the final big battle with the alien Chitauri.

Here are some of our favorites:

Avengers Battle Scene – Day 2, by jpesicek
In this two-minute clip, we get to see just how much of E. 9th and Euclid was consumed by The Avengers movie set. While it takes a good minute to get into the action, once it does, you can see a long line of Humvees firing into the sky.

Captain America and Thor Search for Tony Stark, by BohemeHippie
For sure one of our top picks, BohemeHippie’s two-minute clip (likely shot from the Medical Mutual building, situated right along E. 9th and in the middle of all the action) features Captain America (Chris Evans) and Thor (Chris Hemsworth) near the end of the film. The clip begins with a special effects artist dressing Evans’ battle wound with blood and Evans and Hemsworth sharing a story (though we can’t hear what they’re saying), followed by some camera focus work and then a take of what surely Cap and Thor praying that Tony Stark will make it out of the portal alive. (Those who have seen the film will know what I’m talking about.)

Loki Meanders About Stuttgart, by Kbodnar10
You won’t find a lot of good behind-the-scenes footage from the other big Avengers scene shot in downtown  Cleveland – Loki battling Captain America in Germany. But this short clip shows Tom Hiddleston in full Loki regale, meandering about the set, waiting for stuff to happen.

Cap Flies out the Bank Window, by tpfenner
It’s short – 22 seconds. But it’s fun to see Cap come crashing out of the bank window.

Captain America and Thor Battle the Chitauri, by MedMutual
Wanna see Cap and Thor take on the Chitauri? Here they are, duking it out with the stunt double stand-ins, dressed in motion capture suits.

Battle Blooper - Thor, by surfohio3
Who says we have to wait for a blooper reel, too? This short clip features Captain America and Thor about to battle the aliens. Hemsworth (Thor) is set to catch his might hammer and smash some Chitauri. But Hemsworth can’t seem to get a grip on the hammer.

Thor Pounds Car, by surfohio3
Another one of our favorites. In this clip, we get to see some practical effects in action. Remember that scene in the big battle where Thor smacks a car with Mjolnir and send the vehicle tumbling side-over-side? Here it is as it was filmed. Thor, hammer and tumbling car included.

Captain America Jumping Cars, by skinnymonkey
Love this clip, rendered in slo-mo by the filmmaker, that features Captain America (presumably a stunt double) running across a line of cars to join the battle.

The Chitauri Attack, by hschneider0917
This short clip is taken from, most likely, the Huntington Bank Building along Euclid. The best part of this clip is the woman’s voice reacting the explosions. “Holy cow,” she says. “Oh my gosh. That was crazy.”

Disney’s Official Behind the Scenes Clip
Not as thrilling as captured-by-fans video, but thrilling nonetheless, Disney’s behind-the-scenes featurette includes a ton of downtown Cleveland footage. It’s worth checking out.
avengers behind the scenes avengers locations captain america iron man the avengers the avengers movie thor